So, here I am on the set of another movie in so many days. Today I’m playing Nate, the affable best friend of Michael, who is consoling his friend as he deals with girl problems in “Sparks Fly.” Short films are fun to make; the commitment isn’t huge and it helps to exercise your acting muscles.

I’m feeling good. I was cast late last night, as a last minute replacement. Thank you, Elaine Gardner, for dropping my name. There’s nothing like playing make-believe to keep you young. It is, however, par for the course that I am helping the crew out.  I just love being on a movie set and can’t stop myself from asking “what can I do” whenever there’s a break from my own duties. Today, the back of my head gets to play an extra and I get to help move cars for the producers because my scene had to be shuffled around due to an uncooperative sun.

The more I’m doing this the more I’m learning my lines faster and faster. I can’t wait to see where I am a year from now. My brother and I are slowly putting together a feature film to shoot at his home in South Carolina, and my Star Wars Fan Film has been granted an additional year of pre-production due to an unsuccessful crowdfunding campaign (a blog post about this will be appearing here in the relative future, but suffice it to say I’m not bummed and I think it will work out for the best this way). So, with the new job granting me quite a bit of freedom to shoot, and the 60 Hour Film Challenge in 2 weeks, my Indiana-based Hollywood career is taking off quite well.

Anywho, I’ll write a real blog post here shortly, but for now I have to pretend like I’m drinking the associate producers coffee again.

This site uses Akismet to reduce spam. Learn how your comment data is processed. 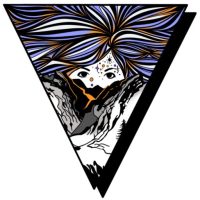